Go back to the collection 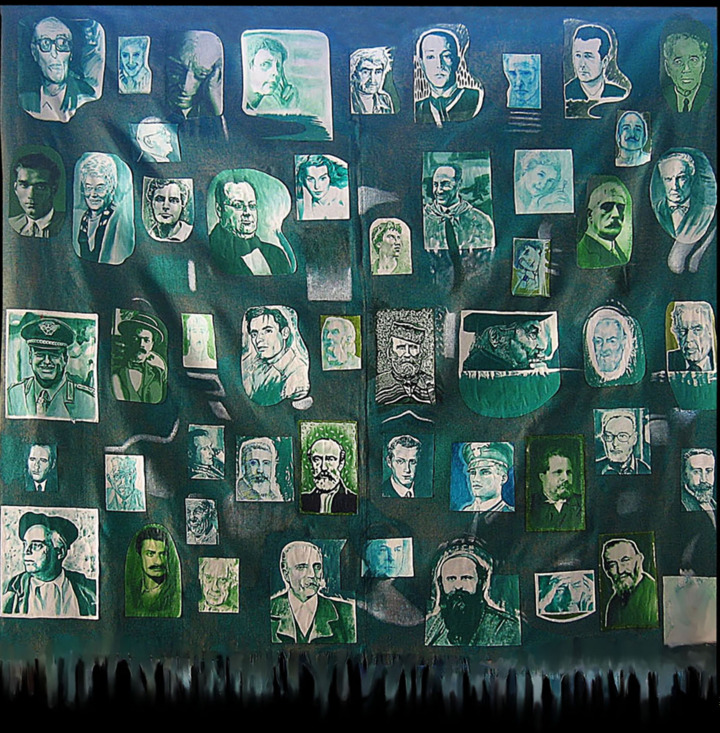 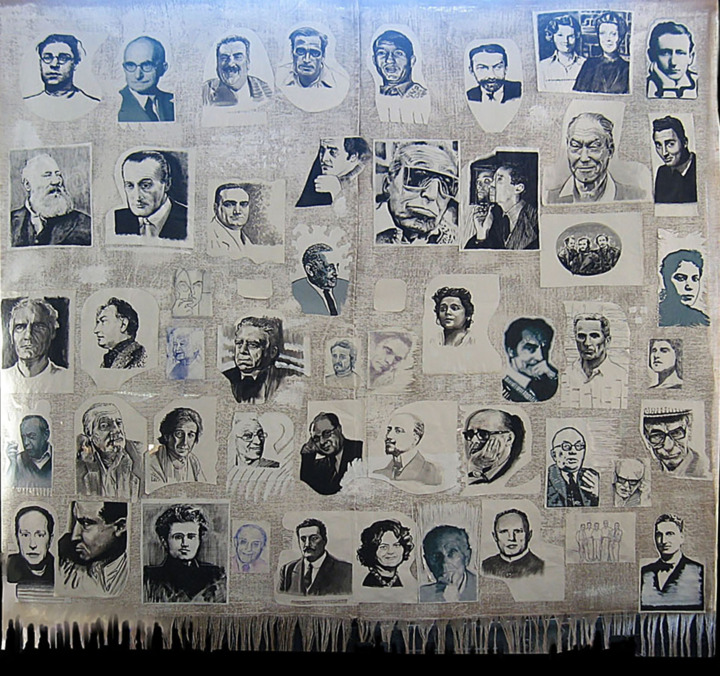 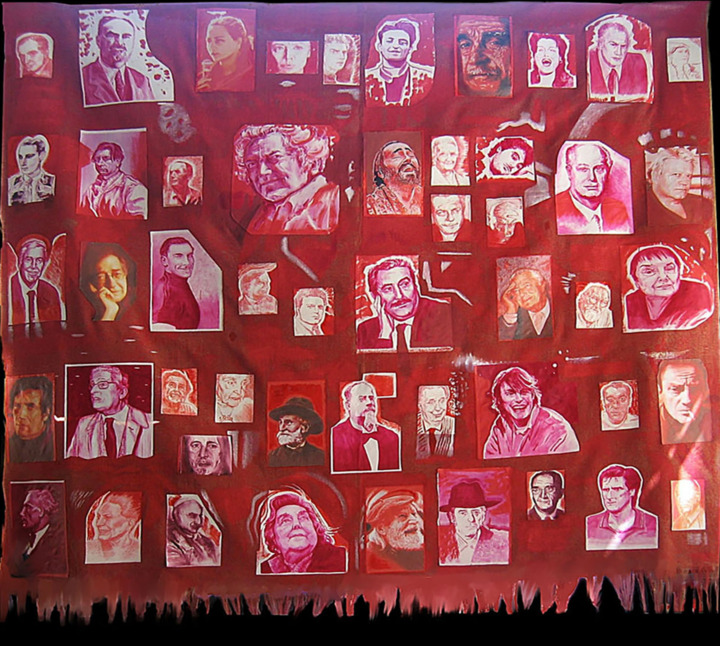 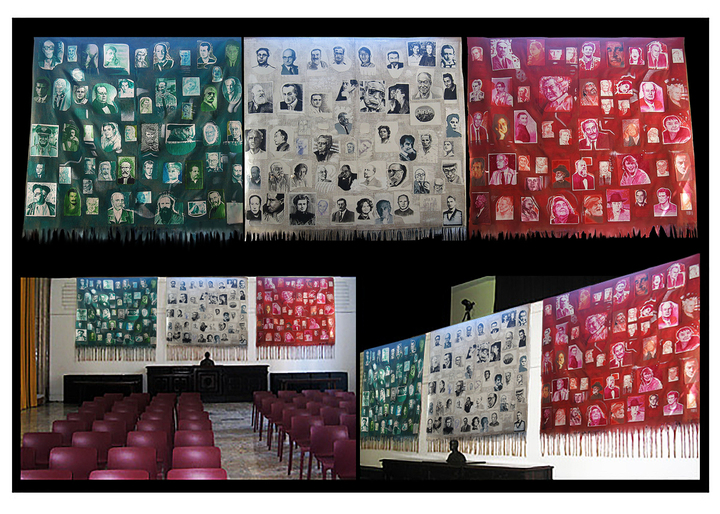 Note: The exhibition of the anglo-italian artist SARAH BOWYER:

The 150th anniversary of the Italy's Unification of Italy is an event of crucial importance for our country. Italy, as it did in 1911 and 1961 for its fiftieth anniversary and centenary, celebrates the anniversary with a great event which has been given the title: "Italy Experience".

The work 150 x 150 is a large flag made up of 150 portraits of the most significant characters of the Italian history, from unity to today. The large canvas accompanies the viewer through the courage and stubbornness of Italians'model in the fields of politics, industry, trade in literature, fashion, the art of music, sport and the religious world, without forgetting the great cinema, the forces of order and whatever else has been important for the creation of a state rich in cultural, ideological and evolutionary ferment.

The choice of portraits was ispired by a list the Italians themselves voted on the site "www.150italiani.it" These, superimposed and sewn on a large canvas, hold together an Italy that has been created thanks to its own people and whose long underlying fringes symbolize a continuous construction of ideals and human or moral virtues that must distinguish  people that represents the qualities of a state.

Each of the three significant colors of our flag is the container of 50 portraits, made with acrylic. ecolin, pastel, digital and ink painting, more. The complete work measures 3 meters by 9.05 divided into three parts of 3 meters by 3 and is entirely made of hemp and canvas.

Sarah Bowyer has been active in the art market since 1998, she has exhibited in numerous art galleries and in prestigious exhibition spaces throughout Italy: In Turin at:

Galleria In Arco - Palazzo del Risorgimento - Egyptian Museum - Palazzo Leonardo - At the Spazio Consolo in Milan - At the Galleria Pio Monti in Rome. At the Trevi Museum and in many other exhibition venues.

Abroad has exhibited in Stockholm, Miami, India, the Hague and London.

" In the artist's works, the portraits take on the sense of real icons. It is developed a dimension that brings together the individual and the collective, precisely because, the real value that is attributed to reality it's fluid "  (Valerio Dehò)

The Artegiovane association wanted to make its small contribution to the celebrations of the 150th anniversary of the Unification of Italy, promoting and supporting the exhibition of the young artist Sarah Bowyer, whose easy brushstroke and quick sign allowed her to create, in a short period of time, the 150 portraits of various personalities of Italian history, from the world of politics to culture, to sport… All the works were created with different pictorial techniques and dimensions.

We proposed the Faculty of Architecture of the Valentino Castle in Turin as the venue for the exhibition and, thanks to the collaboration of Dean Rocco Curto and Professor Carla Bartolozzi, we installed the huge tricolor canvas in the prestigious Sala delle Colonne, within the Faculty itself.

The exhibition then continued at the Hotel of Principi di Piemonte in Turin, following the foundation of the National Historical Museum of Rio de Janeiro, and then moved to the Italian Cultural Institute in Rio de Janeiro and continued in the most important cities of Brazil. on an itinerant journey that will end in December 2013. Now, as a future testimony and historical documentation, we produced this on demand publication of the tables and portraits.